The child Hamzah Nassar was killed while fasting during an Israeli raid on Gaza. His picture while he was lying in his shroud with a smile on his face with his innocent features imprinted in the hearts of many people around the world.

Nassar’s picture became an icon of a bloody war waged by the Israeli occupation forces on the Gaza Strip. The aggression is still ongoing and the casualties are on the rise every day with more than half the victims being women and children while the injuries are in the thousands.

Nassar, 12, remained an unknown martyr for several hours in Al-Shifa Hospital in Gaza City before his father recognized him. His father went to the hospital looking for him after he waited a long time for his return to the house, according to Al-Jazeera TV. 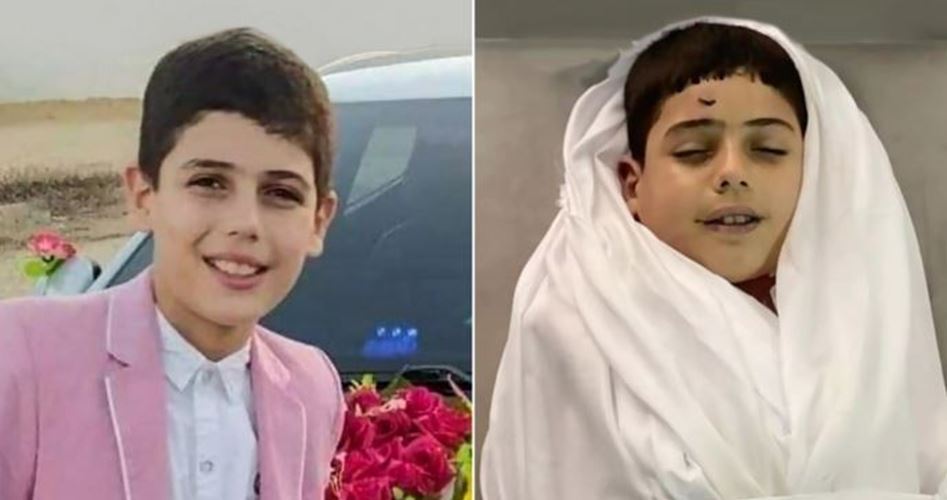 He was fasting and left his home in the Shejaiya neighborhood, east of Gaza City, three hours before breaking his fast. The day before the last of Ramadan, Hamza went to buy some vegetables for his family from the neighborhood market which is about one kilometer from the house. An Israeli warplane launched a raid near the cemetery of Abu Al-Kass and dropped heavy bombs that killed Hamzah on the spot.

Abu Yasser Nassar, the uncle of the martyr's father, told Al-Jazeera Net, “Nassar lived a miserable life but Allah destined to him this beautiful ending to die while fasting and smiling. His image became a symbol of Palestine children who lack safety and are exposed to death every moment.”

He is the fifth of his siblings. His mother is blind and the news of the martyrdom of her child was devastating, Abu Yasser adds.

He talked about the good manners of the martyr and said, “He was distinguished among his four brothers and three half-brothers. He was loved by everyone, he was smart in dealings with people and excelled in his studies.”

Nassar was a man in the age of a child and due to his family's circumstances and his father's difficult economic condition, he used to depend on himself in many things and even his family depended on him to perform daily tasks even though he was not the oldest among males.

He was the son of a famous family in Gaza that many of its members had martyred, including his uncle Muhammad Nassar who was martyred in an air strike launched by Israeli warplanes on his home in 2001. This airstrike was targeting his uncle Yassin Nassar who is a member of the Palestinian resistance and he survived but was killed months after this raid during his response to an Israeli invasion of the Zeitoun neighborhood in eastern Gaza City in 2002.

During the 2014 Israeli aggression, his uncle, Muhammad Al-Khouli was killed in an air strike.

The people on social media interacted with Hamza's image, expressing their condemnation of the crime of targeting him and his peers.

Nassar’s image will be remembered by everyone who saw it. He left this world smiling as if he was seeing what we do not see and found something that delights him in the life of the hereafter. His uncle says, “He did not live long but he will remain alive in our souls.”