President Mahmoud Abbas's decision to postpone the Palestinian legislative elections is clearly in line with the demands of the occupation authorities who rejected these elections from the very beginning for fear of a potentially sweeping victory for Hamas. This would be a setback for the settlement team, creating a political atmosphere similar to the conditions that followed the 2006 elections. Consequently, the postponement decision sparked a wave of anger among Palestinians, while the Israeli army's Southern Command is monitoring the situation.

Although Abbas pointed the finger at Israel for not allowing the Palestinians to vote in East Jerusalem, it is no longer a secret that Palestine will witness severe tensions due to this one-sided decision, as Abbas's accusations did not convince the Palestinians. 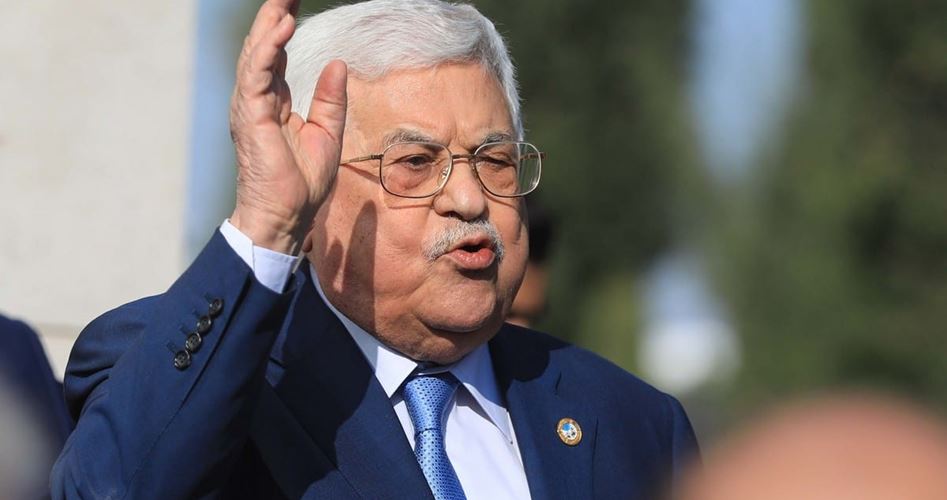 The background that led to this situation started when the Palestinian Authority (PA) sent a letter to Israel requesting permission for 6,300 Palestinians from East Jerusalem to vote in post offices, as in previous election rounds. However, the occupation did not respond to this request. On the other hand, Abu Mazen (Abbas) knows that the elections will cause a great disaster to Fatah as the movement's list may come in fourth place in terms of the number of candidates, and will receive fewer votes than the rest of the lists, which are expected to win the largest percentages of the votes.

Abbas feared that his opponents – Hamas, Mohammed Dahlan and Marwan Barghouti – could achieve results that would disappoint him. Therefore, and in order to prevent this dangerous possibility for the PA leader, he announced delaying the elections and blamed Israel, which in turn fears the outbreak of security disturbances in protest against this abrupt decision.

At the same time, postponing the elections caused another split in the Fatah leadership. Jibril Rajoub, who sees himself as a candidate to succeed Abbas, along with Majid Faraj and Hussein Al-Sheikh, wanted to participate in the election race, pushed in the direction of holding it and did not try to hide leadership ambitions by means of this focal event.

The Israeli army also started making preparations on the ground following Abbas's decision to examine all Palestinian reactions because it is apparent that delaying the elections will anger Hamas, which is almost certain of winning. For Israel, Hamas's victory of the majority of seats in the Palestinian Legislative Council (PLC) is a nightmare that should never happen in any form.

Multiple sources have confirmed that the PA has paid a heavy price due to the internal conflicts and the damage caused to its reputation, both at home and abroad, especially when the rift with Hamas became clearer than ever. Although cancelling the elections will not necessarily lead to the outbreak of a "Palestinian Spring" revolution, the situation will be different this time because, after 15 years of trying to hold legislative elections, all attempts ended in complete failure.

The efforts made by the PA in the past weeks have paid off as soon as the Palestinian leadership started to hint at delaying or freezing the elections due to disagreement with Israel over holding it in Jerusalem, as in the past. Available data indicates that the PA has tried to invoke international pressure on Israel to pave the way for Fatah's possible withdrawal from the elections. This coincided with the eruption of disputes within the movement, whose image has been distorted in the eyes of the Palestinian public. This comes at a time when Hamas reflects a state of unity and has great motives to win the elections and achieve its desired goal of leading the Palestinian political system, according to Israel's interpretation of the situation.

It is difficult at this point to determine the Palestinian reaction to postponing the elections, despite the damaging effect this decision might have on Fatah's image at home and abroad and the widening rift between the ruling movement and Hamas. It is also likely that Hamas will be portrayed as having thwarted a strategic step that was supposed to lead to achieving national unity. In this case, Abu Mazen will have to face dire consequences because the Palestinians have expressed from the start a sense of mistrust towards him, which would result in a continuously sharp decline in the public's expectations of what the current PA leader can achieve for Palestine.

From an Israeli perspective, cancelling the Palestinian legislative elections is an essential and necessary strategic step. It constitutes a warning sign of potential threats to its security in light of the deepening rift between Fatah and Hamas. This is in addition to the PA's conduct that continuously creates fundamental problems among the Palestinians.

One of the main problems facing the PA is the lack of a clear strategy and an organized decision-making process and the misalignment between planned objectives and the reality on the ground. As such, it is possible to talk about the absence of significant personalities by Abbas's side to help him prevent what Israel describes as "shocking historical incidents". All of this will increase Israel's concerns over several scenarios that may develop the day after Abbas's decision to postpone the elections.

Abu Mazen's decision was probably influenced by the recent contacts made by the US and the occupation regarding the Palestinian legislative elections and claims made by both parties that they would not work to hinder this political milestone. Senior Israeli officials have admitted that Tel Aviv and Washington hoped that the Palestinians would postpone the elections. In this case, Abbas may have fulfilled their wishes, intentionally or not.

Perhaps what initiated the US-Israel moves regarding the elections was their growing concern about Hamas's possible victory. However, both parties refrained from stating this publicly, to not be accused by the Palestinians of working to thwart the elections. However, what is worthy to note is that the communications put forward by the US and Tel Aviv were motivated by common fears that the internal disputes within Fatah would weaken it and pave the way for Hamas to control the political scene.

Although the authorities in Washington and Israel did not take effective steps to impede the elections, they are most certainly delighted with Abbas's recent resolution, after the latter managed to send unmistakable signals in recent weeks about postponing the elections under various pretexts.

Abbas did not make his unilateral decision to postpone the elections suddenly or abruptly, as people may believe. On the contrary, he watched the movement he leads suffering divisions. At the same time, several separate lists affiliated with Fatah prepared to compete in the election in total disregard of the central leadership of the movement. Just like before the 2006 elections, internal disputes started to emerge and caused a rift between senior leaders and officials, in addition to damaging Fatah's election campaign, as is happening today with Barghouti, Nasser Al-Qudwa and Dahlan.

The unilateral move made by Abbas to delay the Palestinian legislative elections will undoubtedly increase tensions between Palestinians. It may impact Israel's security, as the occupation army is ready to undergo a round of confrontations between the Palestinians and the Israelis in the coming months.

Last wish of Palestinian Prisoner was denied by Israel