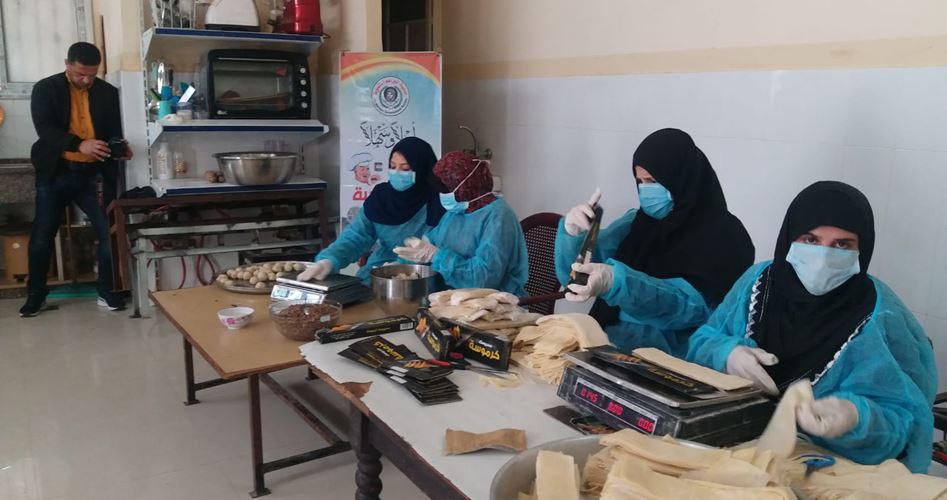 One cannot resist the delectable smells coming from Karmousa Kitchen in Gaza where a group of Palestinian women are busy preparing delicious meals in their own way to deliver it to customers before the iftar time during Ramadan.

Founded in 2016, Karmousa Kitchen’s team is composed of a group of women coming from no-income families mainly because of the Israeli siege on Gaza.

Warda Erbayye’, one of the Palestinian women working in Karmousa Kitchen, for example, is the only breadwinner for her family after her husband has lost his job.

Based in Khan Yunis, southern Gaza Strip, Karmousa Kitchen’s products have gradually won the hearts of customers whose number increases even more during the holy month of Ramadan.

Karmousa Kitchen offers all kinds of foods, especially those highly-demanded during Ramadan, like Maftool, Samosa, kibbeh, pastry and traditional desserts.

Karmousa Kitchen has managed to engrave its name in the local market, amid hopes that this season will be better than the previous one as women work to improve their economic conditions under the blockade and the successive crises hitting the Gaza Strip.

When asked about the project’s name, director of Karmousa Kitchen Khitam Arafat explained that “karmousa” means “fig” in the Algerian dialect.

Arafat told the PIC reporter that Karmousa Kitchen first started as a training program for about 60 marginalized women to help them improve their living conditions.

According to Arafat, usually five workers are available in the kitchen, but during Ramadan, due to the increase in ordered meals, the number is doubled to 10.

Arafat said that Karmousa Kitchen is particularly famous for its delicious Maftool, whether from whole-wheat flour or white flour, which is made manually without using any machines.

She added that Karmousa’s products do not only sell in Khan Yunis but in all Gaza Strip areas, especially Maftool, pointing out that one kilo of Maftool costs only six shekels.

Karmousa’s director said that with the growing demand for Maftool, they have started to bring machines to the kitchen to speed up the production process and reduce pressure on the workers.

With regard to the coronavirus crisis, Arafat noted that Karmousa Kitchen has been well-equipped in terms of sterilization and provision of protective supplies for the workers.

The sterilization includes the materials used in the production process as well as the final products before they are sent to customers. 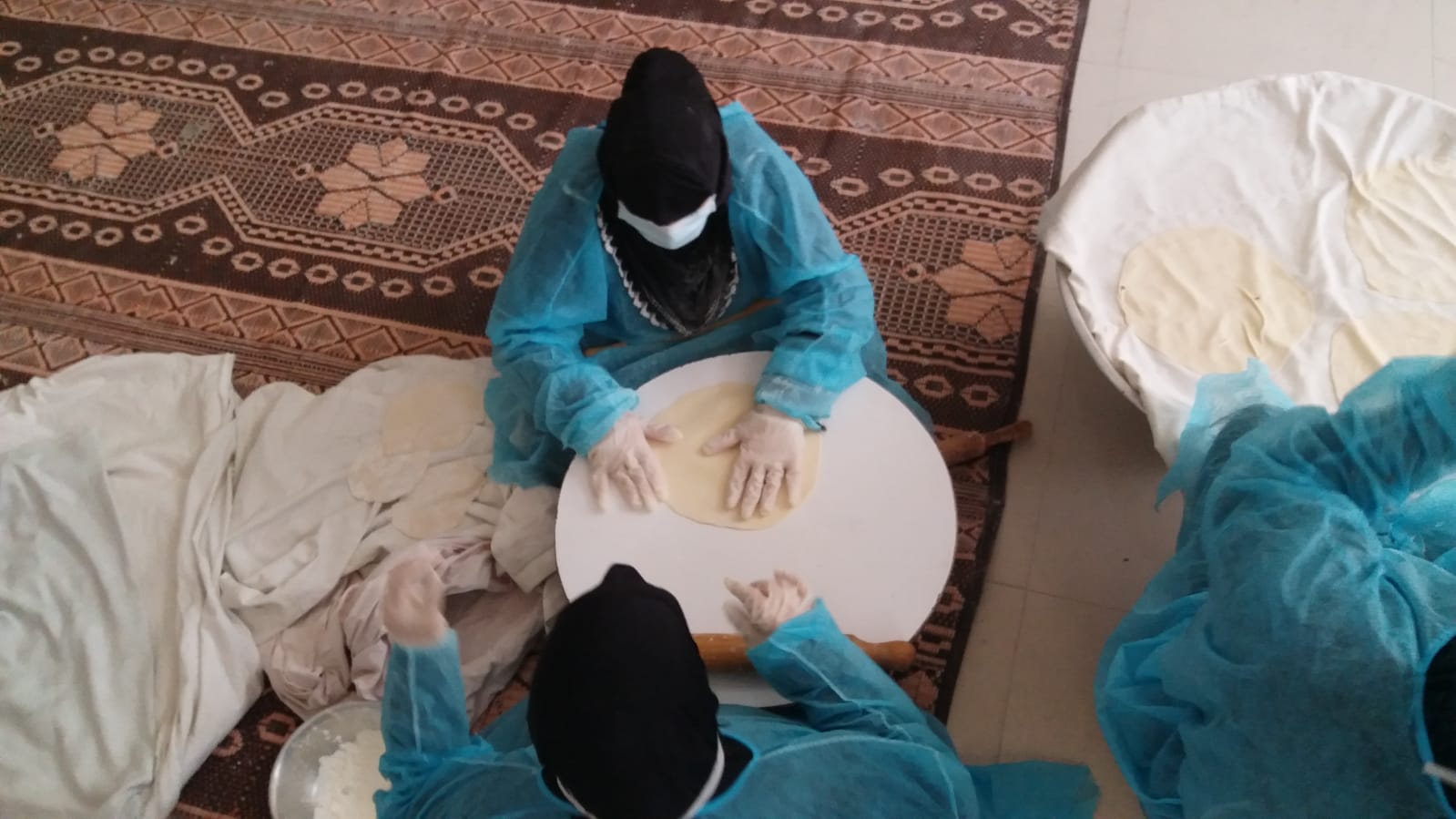 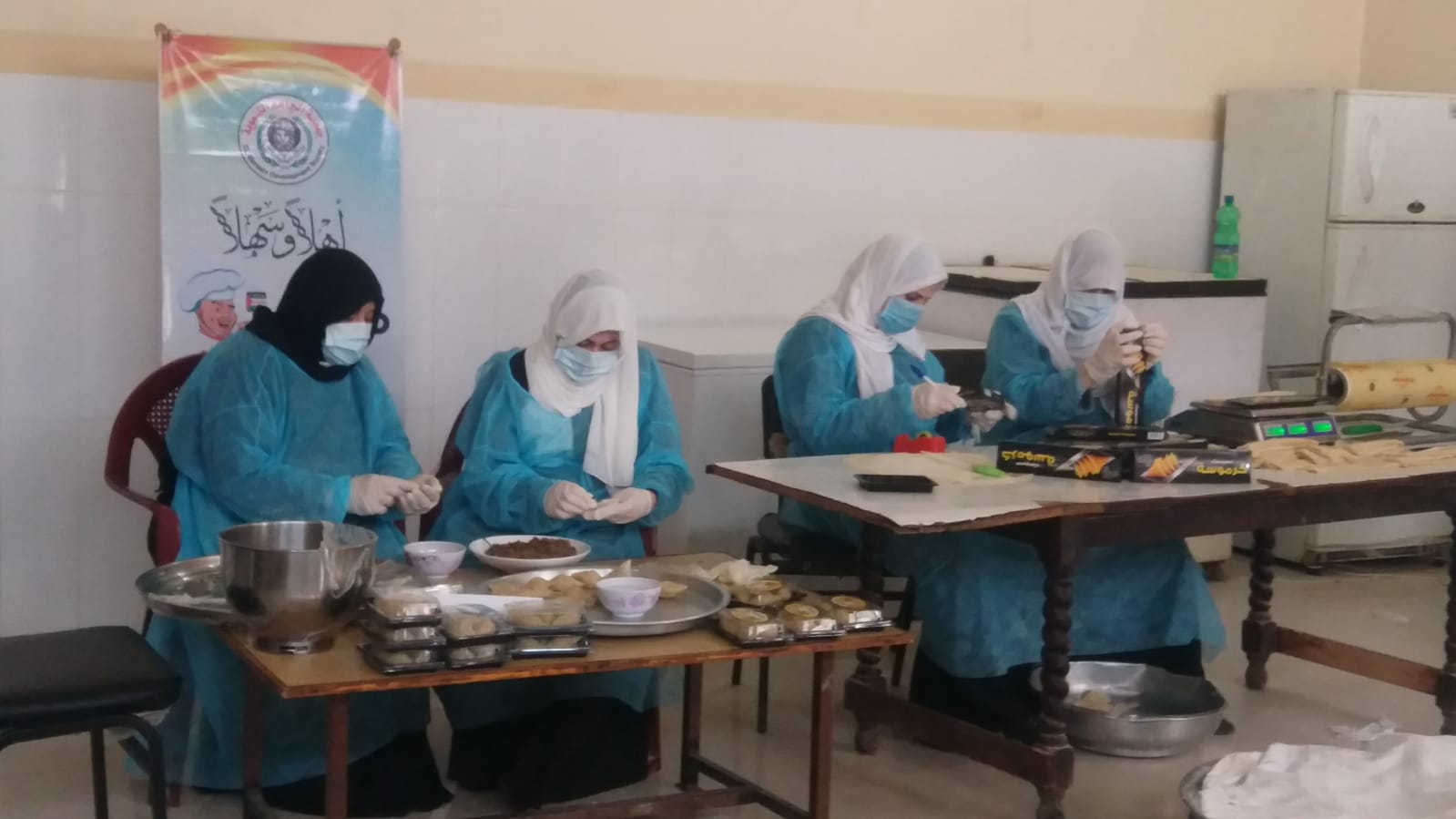 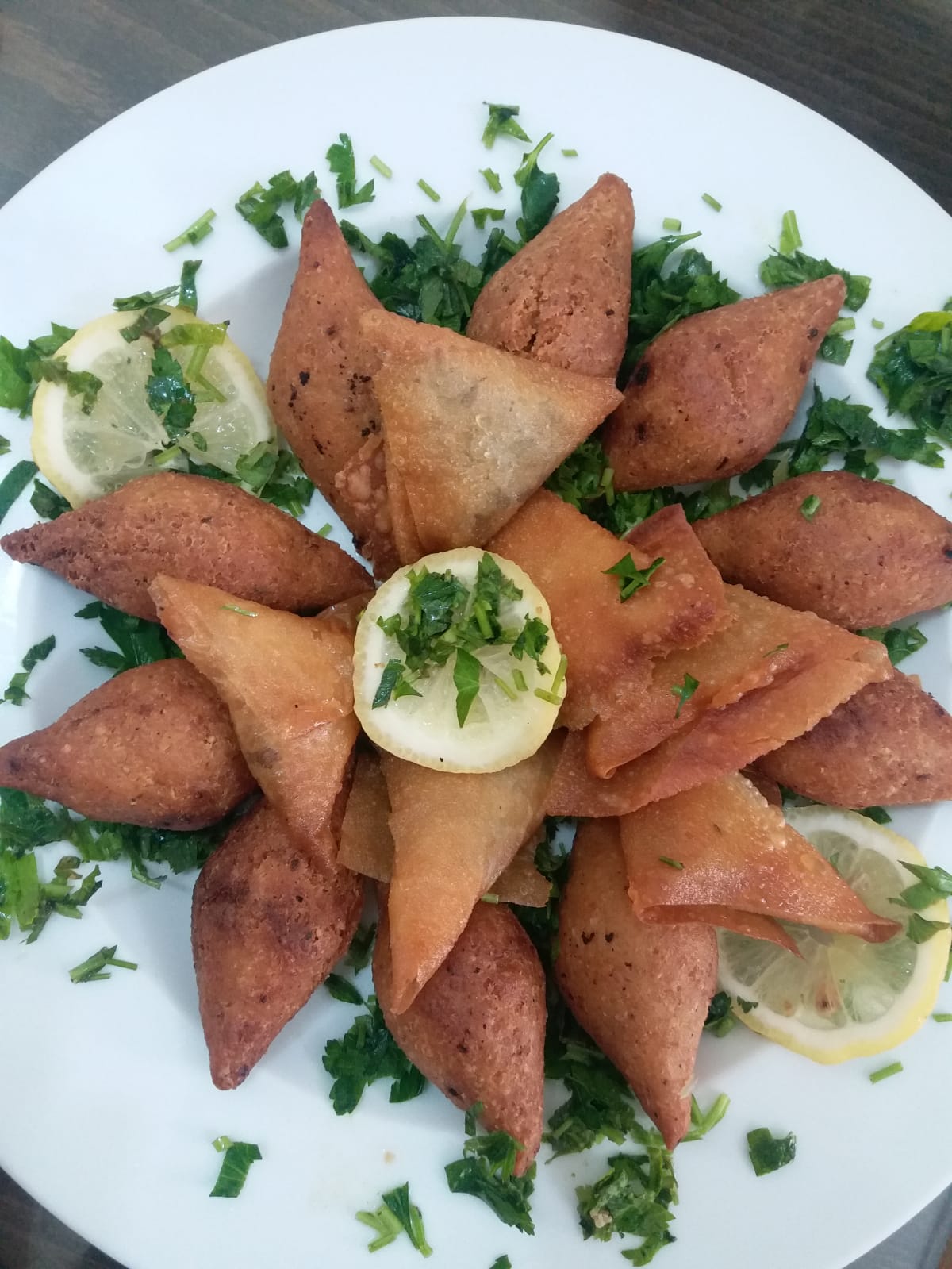 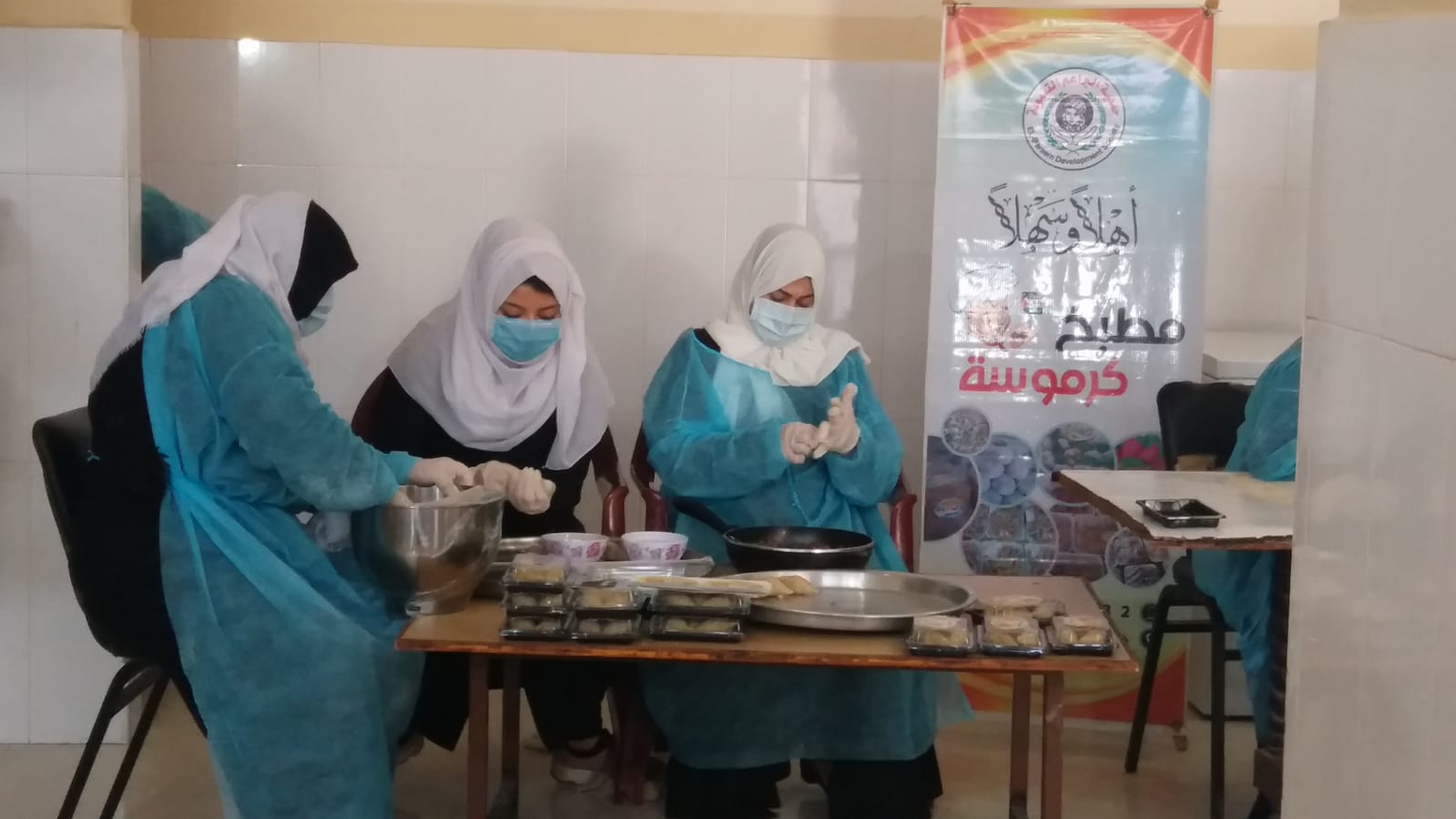 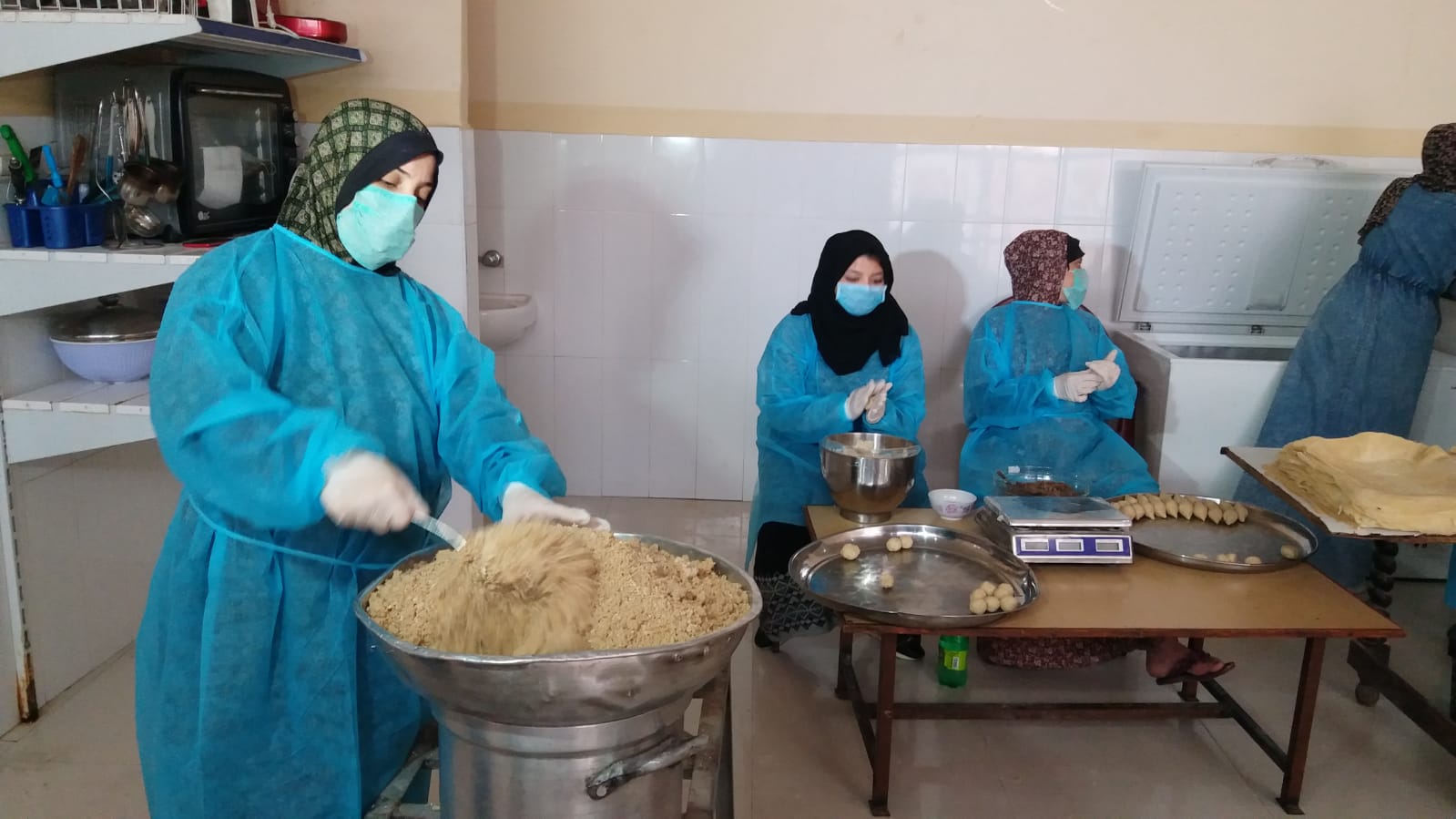