Coronavirus Reminds the world of Israeli suffocating siege on Gaza 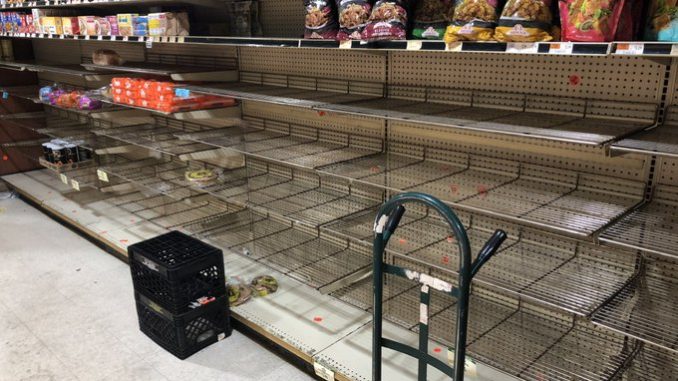 Coronavirus has a lot of effects worldwide. People now can hardly find the basic needs in storages and Shops for the great demand on them as public movement is no longer desired.

The famous Journalist posted a photo for a supermarket that is semi-empty, stating that he has seen similar picture in Gaza because of the suffocating Israeli siege on it.

“The last time I saw a supermarket this empty was in Gaza (and it wasn’t because of the Coronavirus” he said.

“ Maybe Americans will now be able to relate to what life under a blockade is like when you can’t find some of the most basic necessities for you family” he added. 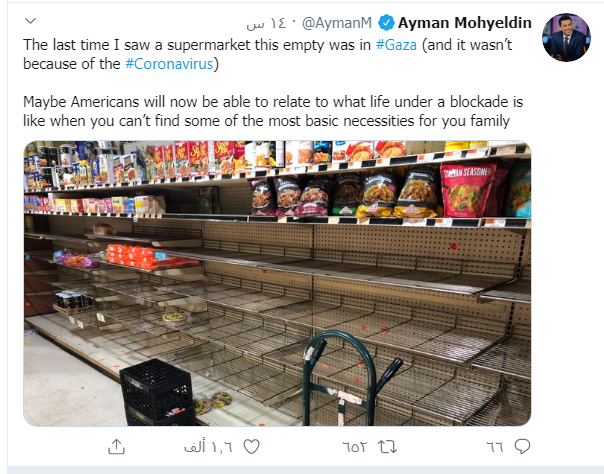 Israeli has been imposing a suffocating siege on the Gaza strip since 2006.

It prevents people of Gaza of travel, treatment abroad, and waged 3 wars on the besieged Gaza since 2006 till now.

Till now, Israel keeps the Gaza strip as an open-air prison for 2 million Palestinian people, who live severe and catastrophic conditions because of the continued blockade.

The United Nations stated that under this siege with miserable life condition and the great rate of unemployment in Gaza, the Gaza strip would be unlivable by 2020.