Israeli Occupation Kills Ali in Celebration of his Birthday

Ali Abu Alia had just turned 15 on Friday when Israeli forces shot and killed him using live ammunition at a protest in al-Mughayyir village in the occupied West Bank.

He was excited to have a birthday party later in the evening, especially since the Abu Alia family is religious and did not usually celebrate.

But Ali’s father, Ayman, had let his wife know that this time they were going to throw him a party.

“Ali got excited and asked his mother to prepare the cake for the evening. But it’s his fate to eat the cake somewhere else [in heaven],” Ayman, 40, told Al Jazeera from al-Mughayyir, northeast of Ramallah.

According to information obtained by the Defense for Children International Palestine (DCIP), Israeli occupying forces shot Ali in the abdomen while he was observing clashes between Palestinian youth and Israeli forces at the entrance to the village.

Just like much of the West Bank, protests against illegal Israeli settlements are held in al-Mughayyir every week.

An ambulance transferred Ali Abu Alia to a hospital in Ramallah where a doctor pronounced him dead shortly after his arrival.

Upon hearing the news, Ali’s mother collapsed and the family sought a counselor to try to calm her down, Ittaf Abu Alia, a relative told Al Jazeera.

Four other Palestinians were reportedly injured by rubber-coated metal bullets.

An Israeli military spokesperson denied that live ammunition was used at the protest, media reported on Friday.

Ayman described Ali as being “the most quiet kid”, friendly, full of joy and had a smile that never left his face.

He spent most of his time either playing football with his friends or herding sheep with his grandfather.

“I miss everything about him – his smile, his laughter and joy in his eyes when his team [friends] win in a football game. He has left a gap in his family’s hearts that no one can fill,” Ayman said.

“His death fell as hard as thunder on our home, but he isn’t the first Palestinian kid [to be killed] and won’t be the last.” 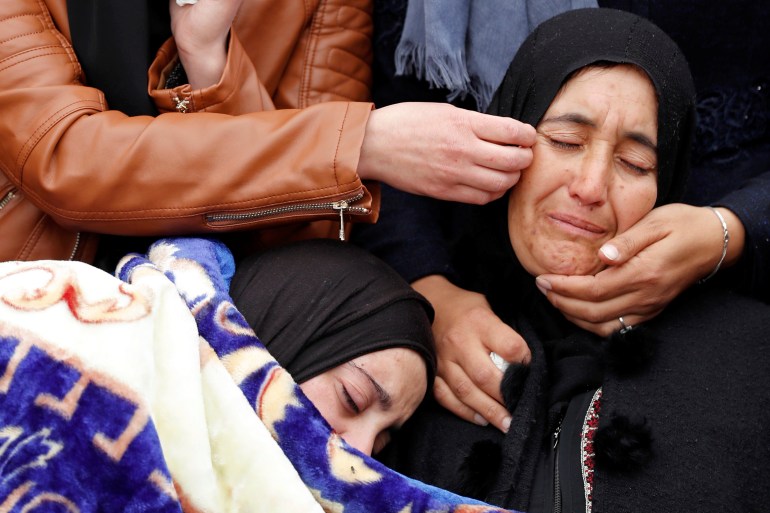 Ali is the fifth Palestinian minor from the West Bank to be killed by Israeli forces using live ammunition this year, according to the DCIP, and the second killing documented in al-Mughayyir in recent years.

In February 2018, Israeli forces shot and killed 16-year-old Laith Abu Naim in al-Mughayyir after he threw a stone at a military vehicle, the DCIP said in a statement on Friday. The rubber-coated metal bullet entered the left side of his forehead and settled in his brain.

According to international law, intentional lethal force is only justified when there is a direct threat to life or serious injury, but investigations by the DCIP suggest Israeli forces use lethal force against Palestinian minors in unwarranted circumstances, which may amount to extrajudicial killings. 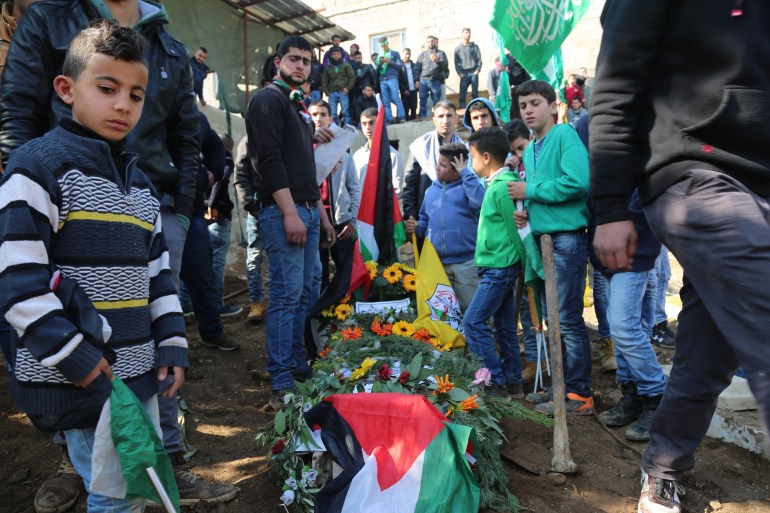 “Like nearly every other case involving Israeli forces’ unlawful killing of Palestinian children, systemic impunity as the norm ensures that the perpetrator responsible will never be held accountable by Israeli authorities,” Abu Eqtaish said.

‘We are continuously targeted’

For Ayman, what bothers him most is how some people seem shocked upon hearing of a 15-year-old being shot.

“This is not new … We are continuously targeted – our sheep, our houses and our kids – if not by the Israeli army, it’s by the settlers,” Ayman said.

Residents of al-Mughayyir regularly hold protests against the nearby illegal Israeli outpost Malachei HaShalom, established on village land in 2015, according to the DCIP. 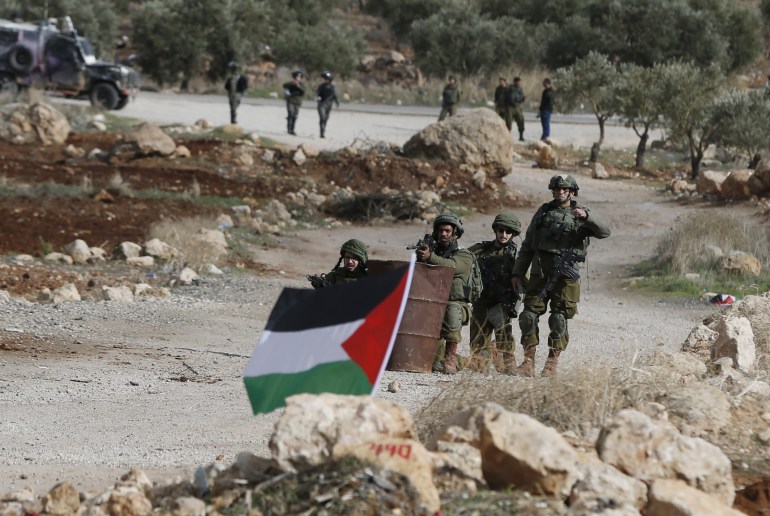 Ayman said two mosques in their neighbourhood have been burned down by settlers so far – Al Kabeer Mosque and Abu Bakir mosque. His 17-year-old son, Bassam, was wounded twice before by Israeli settlers and the Israeli army.

Every Friday, Israeli settlers show up down the street in al-Mughayyir and start attacking Palestinian residents, throwing stones at them or at their cars. It is all done with the intention “to deprive us of our freedom and identity”, Ayman said.

“The world knows what’s going on but no one takes action … Ali is not the first to die for no reason and won’t be the last. It’s a continuous struggle and it will always be the same story until the occupation vanishes,” Ayman said.

“I’ll say what Ali used to always say – may God give us the patience to endure [the occupation].”