Google Maps and Palestine: What the Annexation Means for the West Bank

On July 16, popular Instagram user@astagfirolah shared a post  with “breaking news” that Google Maps and Apple Maps had officially removed Palestine from their maps. It received over a million likes and prompted a wave of social media outrage. The post was later edited to say that it was false news, and that Palestine was never actually on these maps.

This is not the first time this hoax spreads. In 2016, the same news ciruclated to no factual evidence. Still, the hoax triggered over 1 million signatures to an online petition entitled Google, put palestine on Your Maps ”, and a Facebook group exists with the same name. The petition’s author Zak Martin explained that the issue is of great importance as Google Maps are regarded as definitive by people worldwide, including journalists, students and researchers.

“Whether intentionally or otherwise, Google is making itself complicit in the Israeli government’s ethnic cleansing of Palestine,” Martin said in the petition.

He called on Google to recognize Palestine in Google Maps, and to clearly designate and identify the Palestinian territories illegally occupied by Israel. 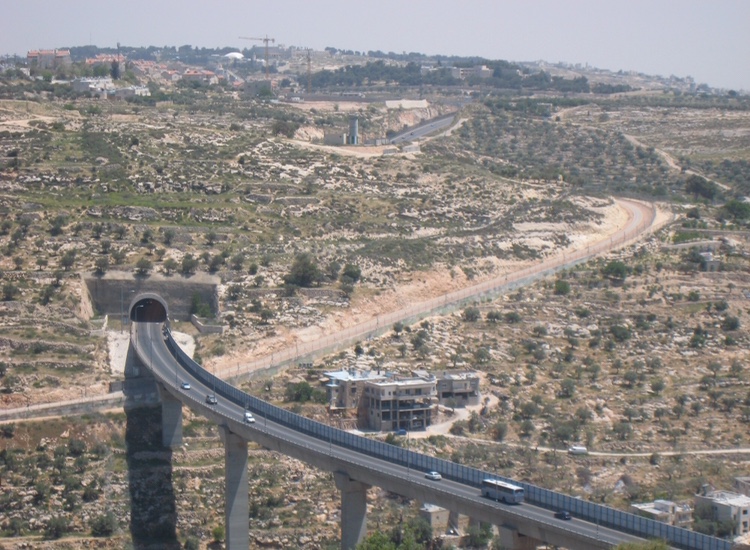 The bridge between Israeli territories and the West Bank. Photo courtesy of Chadica.

According to Google Maps' policy, disputed boundaries are displayed as a dashed gray line when the places involved do not agree on a boundary.

Eyad Rifai, Head of Sada Social Center, which monitors anti-Palestinian social media violations, affirmed  that Palestine was not previously identified on these maps; only the West Bank and the Gaza Strip were.

The initial outrage against the false news of Palestine being “taken off the map” is linked to U.S. President Trump’s “peace plan” to resolve the Israeli-Palestinian conflict that was announced earlier this year, with plans including annexing the West Bank.

“Annexation means the formal incorporation of new land into the territory of a state. In the strict sense of the term, it requires that the laws of the state apply within the territory and that the people living there become citizens of the state,” Michael Reimer, Middle East History professor at the American University in Cairo, tells Egyptian Streets.

Reimer adds that annexation is generally considered to be an illegal act from the standpoint of international law, if carried out unilaterally. 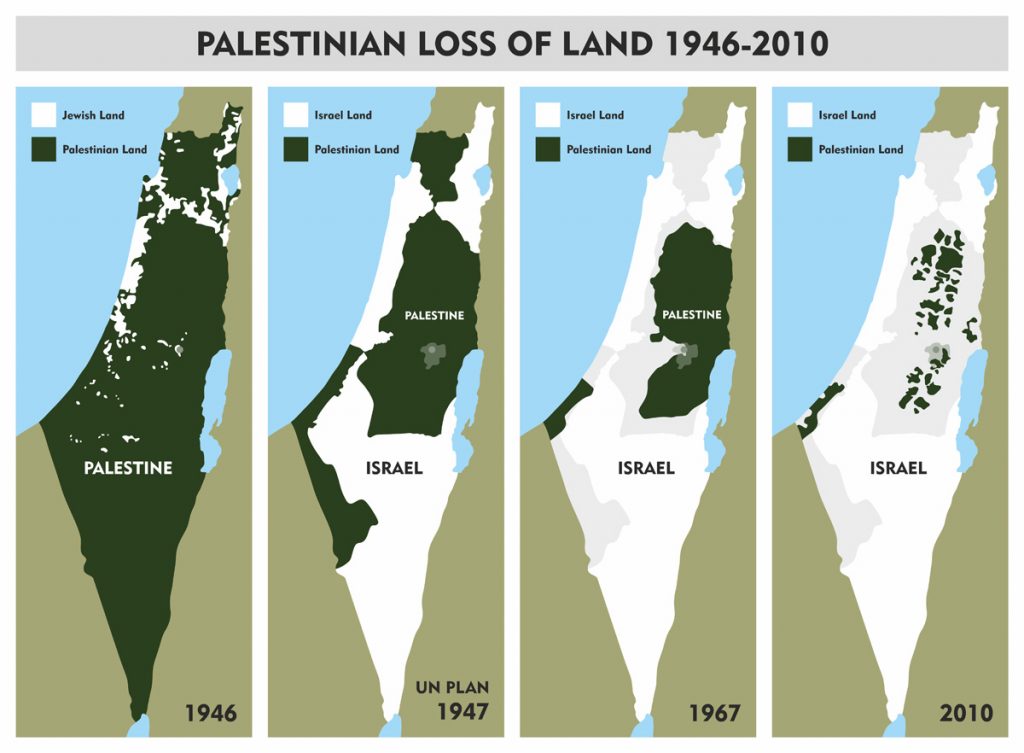 Map of Palestinian loss of land. Photo courtesy of Wikimedia.

While the West Bank has been occupied by Israel since 1967, the territory has not been annexed yet despite the several hundred thousand Jews who have settled there.

“It seems that the hesitation in annexing the West Bank arises in part from the international criticism it will inevitably provoke, in part because of the fear that it may lead to a violent confrontation with the Palestinians, but also because it will immediately raise the question of citizenship for the large Palestinian population living there,” Reimer says.

He adds that he predicts that Israeli president Netanyahu would never accept giving citizenship to the large Palestinian population of the West Bank, so he is rather talking about the annexation of areas with concentrations of Jewish settlements in the West Bank.

What this means for the Palestinians, he explains, is that this kind of annexation will remove this area from a projected Palestinian state, which would already initially be small in size, as the West Bank represents only about 21 percent of historical Mandate Palestine.

According to Reuters, Palestinian Prime Minister Mohammed Shtayye recently said at a news conference that annexation would kill any possibility of peace with Israel and erode “the Palestinian, regional and international consensus” on a two-state solution.

“Nevertheless, the plan does include among its provisions the establishment of a tiny and fragmented Palestinian state. The problem is that, in order for a state to be established, the Palestinians must meet various criteria which the Israelis and Americans impose. In that sense, the plan is a formula for prolonging the frustration of Palestinian political aspirations,” Reimer adds.

Rifai said that Google began to remove the names of Palestinian cities and roads at the beginning of 2020, after Trump’s “deal of the century” and the West Bank annexation plans. 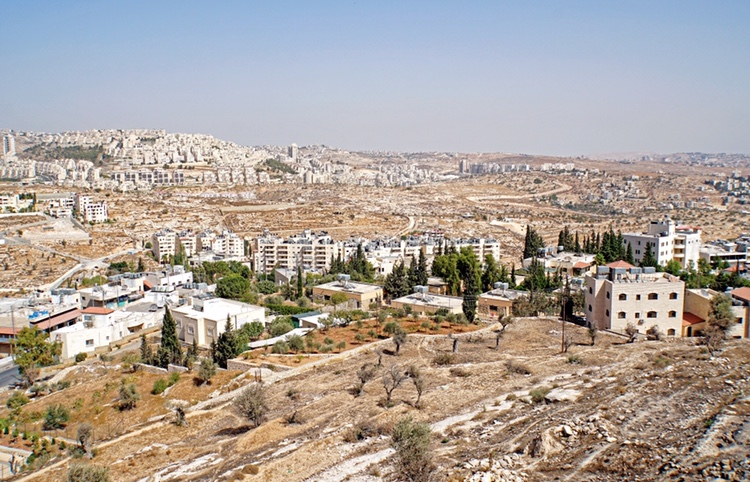 The city of Bethlehem in the West Bank. Photo courtesy of Dennis Jarvis.

However, the annexation plans that were scheduled for 1 July were postponed, since the U.S. announced it would not approve Israeli annexations at this time. Reimer explained that this puts the West Bank “in a kind of legal limbo”. He expects that Israel’s illegal settlement activity will continue, and since Jewish settlers in the West Bank are already under Israeli law, it will make no true difference to them.

However, the technological infringement on media freedom continues, said Rifai.

“Facebook has developed an algorithm that automatically deletes users’ posts and accounts if they include names of Palestinian political parties, for example ‘Hamas,’ ‘Jihad,’ ‘Popular Front,’ ‘Qassam,’ ‘Saraya’ and ‘Islamic Jihad,’ or names of martyrs, leaders and others,” Rifai said.

A recent example of the censorship was an incident that took place with supermodel Bella Hadid when she posted a photo of her father’s passport on Instagram.

According to The Guardian, Hadid’s post, celebrating her father’s birthplace location indicated as Palestine, was deleted due to violating “community guidelines on harassment or bullying” and including “hate speech”.

The platform later attributed the incident to an error, but this is not the first incident of its kind  to take place.

While according to many, Palestine has never actually been represented on Google Maps, the issue seems to be much larger. The censorship on Palestinian content and the targetted silencing on social media is more than prevalent, and as policy changes and annexation starts to take hold from higher up, these incidents are more than telling of the tactics being used against the occupied territories.